This week we experienced the WordCamp Europe 2017 event and the official announcement of the new WordPress Gutenberg editor. All of that ‘stuff together’ brought me to some ‘thinking of the future’. And the words not said at WCEU.

First of all, I was not in Paris at the WCEU, I followed a lot of livestreams of the event. I am just very curious how real visitors experienced the event. I had a feeling that the level of many talks go much-much further than the average market of WordPress ‘users-builders’. If these kind of events are ‘just’ at the level of high-end developers (nothing wrong with that), please call it ‘The WordPress Developers Conference’.

However, if any WordCamp event should serve a broad(er) audience, I would suggest to make a formula with tracks like ‘develop, create/build and use’. Anyhow the event of this weekend did not make it less interesting, on the contrary, this event could make us all thinking a lot about the future of WordPress for the coming two years. 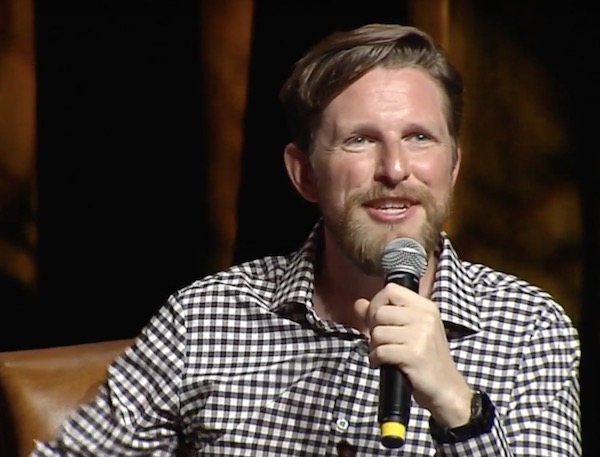 The interview with Matt Mullenweg brought some interesting insights in just a couple of sentences. He mentioned Wix and some others in an ‘upcoming’ context. That seems to bring the WordPress development team in some other directions, especially around the long existing ‘old school’ TinyMCE editor in WordPress. And also the vision around the use of widgets, which he now mentioned in relation to themes and ‘more or less’ admitted that widgets are not the ideal solutions (anymore) to place ‘blocks of content’ anywhere you like. Although they just introduced the TinyMCE editor in their textwidget within 4.8.

The end of widgets the way we use them now?

That said, he was actually refering to pagebuilders in general, without mentioning the word (for as far as I have listened well to his speech). It has always been the philosophy of WordPress to ‘just develop’ the right foundation and let theme and plug-in developers do ‘the rest’. But the changes in ‘the rest’ are becoming more influencial than ever before.

For sure Wix is not real competition (yet?), the whole concept around it has more limitations than possibilities. It might even be the motor to get more people to the WordPress platform, but only if it offers a much more friendly front-end approach to get things done. I don’t expect Gutenberg to develop into a full pagebuilder framework, but I think and hope that Gutenberg will become the ‘hook-in’ framework for connecting pagebuilders into it, either in front- and/or back-end. 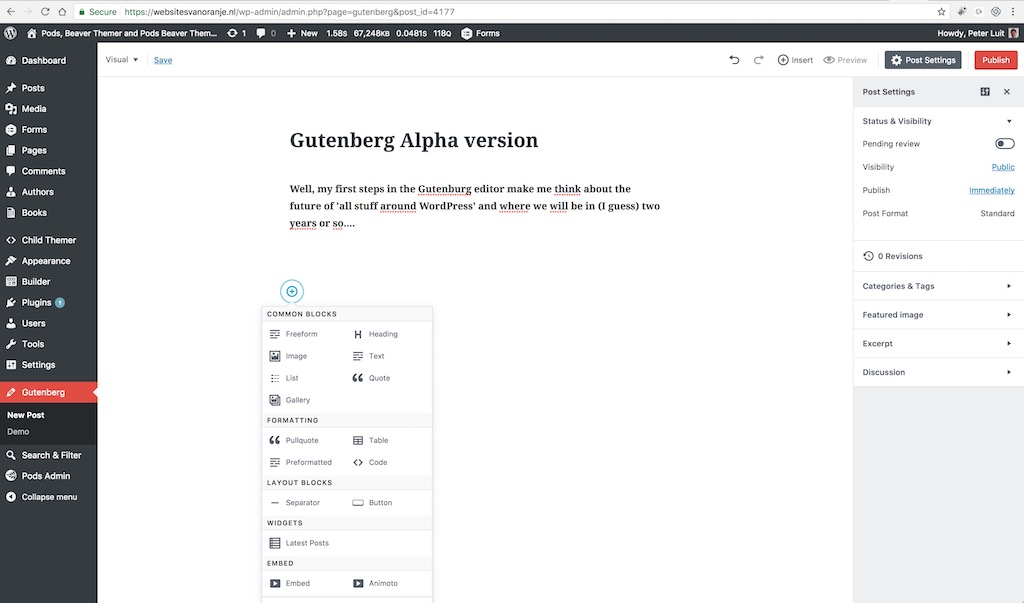 Together with Gutenberg the (possible) end of widgets and sidebars as we know it now, may be closer than we might have thought until now. Pagebuilders ‘like’ the fullwidth approach and many of us experience the flexibility in using ‘blocks/components/modules’ on any place in the layout/template. That brings us to the way we publish content in those block. Also here not a word on database publishing in relation to pagebuilders in combination with the power of CPT/CF. Although developers might think that ‘they already solved that’, that is only the technology approach. Just now, especially after the arrival of Beaver Themer and some add-ons to connect to CPT/CF tools like ACF, Toolset and Pods, we start to realize that pages could be ‘filled’ with content from related sources in various blocks on the page.

I think some tracks with best practices could have been an eye-opener for many on the WCEU 2017. Or am I totally wrong and the audience there is way much further than what we are doing in the various Beaver Builder related Facebook groups? Talking about the audience level, I was surprised that during the interview with Matt, so many ‘basic’ questions were asked about the position of WordPress as a blogging tool compared to a true CMS. That level of questions made me wonder who they want to talk to.

In my opinion WordPress should speed up their ideas about their own base framework in relation with the main pagebuilders and to the Gutenberg project. That said I would like to see a shift from large families of ‘huge’ end-user themes to just base ‘hookable’ small themes, and a pagebuilder/template generator (in a plug-in package) as the core of all creative aspects within the header, fullwidth body and footer of every WordPress building environment.

Last but for sure not least, some core ‘connection’ to any CPT/CF would be suggestable to expand the powerful use of CPT/CF, in my opinion a technology now mostly limited in use for plugin developers and not by ‘builders’ who don’t know their power yet. I think many sites could add value in the way related content blocks could build more effective pages, where ‘things’ are brought together by relations and connected ‘smart’ search results.